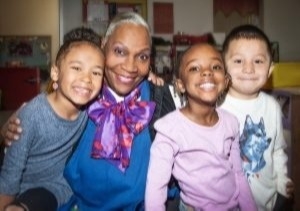 “CEF has taken me from where I was to where I could get better, coaching me along the way. They never stopped supporting me.”
– Diana Gadison, Founder/Owner

As an elementary school principal working in the sprawling Montbello neighborhood of Northeast Denver, Diana Gadison saw a lot of things happening with her students on a daily basis. What she often noticed were children waiting alone outside for long periods of time before and after school. She soon realized the problem – insufficient childcare – and decided to do something about it.

After consulting with her mother who managed an in-home childcare business and discovering there were only two local daycare options, Diana looked around for a place where her vision of a childcare center could take root. “My mother and I found a home on the corner, a former crack house,” Diana recalled. “We approached the owner about our idea and she agreed to let us take over the note on the property.”

Having found her place, Diana needed to upgrade the 1200 sf property to meet state licensing requirements for childcare facilities. Initially, she spent all her retirement money dong just that but it wasn’t enough. She needed a loan. “I applied to 5 to 6 banks who turned me down, so the property sat unfinished for six months,” remarked Diana. “I searched online for other loans and found Colorado Enterprise Fund (CEF). I discovered a friend of mine got a loan from CEF and she recommended I apply.”

In 1995, Diana got a loan for $10,000, one of many she would receive from CEF, along with timely hands-on business coaching to help set up her center for success. “My CEF consultant advised me on what makes a start-up business successful,” Diana said. “And the accountant I met then is still my accountant today!” From her CEF experience, Diana learned that “business is more than a great idea. Surround yourself with professionals to succeed, like people who will give you encouragement and confidence.” Like CEF’s in-house Business Accelerations Services team.

Using her first CEF loan to complete renovations to her property and get city permits, Diana opened Early Success Academy in 1996 to take care of 10 children. She quickly outgrew her first facility and moved into a 5000 sf building with the help of another CEF loan, a grant from the City and County of Denver, and her own business income. Diana and her staff of 16 now care for 110 children, having expanded their weekday hours to meet the needs of parents who work various jobs and shifts. Her next goal is to buy and move into a free-standing facility so she can expand her childcare schedule and services to continue to meet the needs of more Montbello families.

Diana’s contributions to her community and childcare have gotten local and national recognition. Her Early Success Academy is recognized as the only and longest-running childcare facility in Montbello contracted with the Denver Public Schools District. Her center is also certified with the same district to provide HeadStart and speciall needs services, and is affliated with the Denver Preschool Program. In 2011, Diana was a featured speaker at a University of Denver forum highlighting women in business. In the audience were US Representatives Diane DeGette and Nancy Pelosi who invited Diana to Washington, D.C. to address a Democratic congressional committee on how for-profit businesses can successfully partner with government agencies.

It was an unforgettable experience, Diana remembers. “CEF has taken me from where I was to where I could get better, coaching me along the way. They never stopped supporting me.” 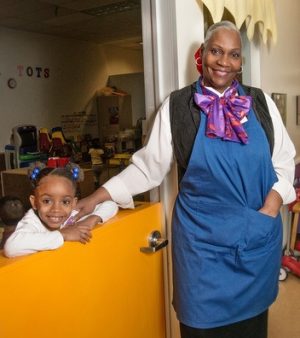