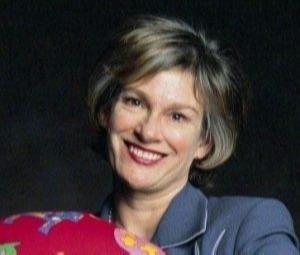 “I took a $25,000 CEF loan, grew it to a company with $25 million in annual sales, and generated at least that amount in various taxes paid over 20 years. This is a critical way to look at investment in small companies which benefit their communities and the entire nation financially.”
– Susan Henderson, Founder

Necessity truly is the mother of invention. What better example than a comfy C-shaped pillow created by a mother to provide support for her baby and others at a local day care center. From this hands-on home-based business idea in Golden, Colorado to a multi-million dollar globally-based company, the iconic Boppy pillow consistently tops the list of must-have products for newborns and their parents, and is one of the most awarded baby products ever launched.

Persistence was the key to success according to Boppy creator and founder, Susan Henderson. “The first five years were challenging because I couldn’t pay myself and only had a part-time employee to help,” Susan recalls. “Word-of-mouth was how we grew demand for this product which was the one and only invention for my new company, Camp Kazoo. The Boppy just took off!”

Getting to a point where she could pay herself required Susan to seek financing to grow her Boppy inventory. After quitting her job, exhausting all savings, and not qualifying for a bank loan for her start-up, Susan contacted the US Small Business Administration office in Denver about a new microloan program administered by Colorado Enterprise Fund (CEF). The loan Susan got from CEF allowed her to buy the materials she needed to make more products for an international trade event where she won “Best of Show” and secured her first big order. Susan also received ongoing training and guidance from CEF on her business projections and annual financials.

“There’s an unlimited need and demand for money,” Susan emphasized. “CEF was the only place that would give me money.” She went onto say that without CEF there wouldn’t have been a Boppy Company.  “I was out of options for raising the amount of capital we needed.  The Boppy Company had received a large, important order, but could not fund the inventory to ship it without CEF’s help. As the Boppy Company grew, CEF introduced us to executives at a large Denver bank, and we were off and running with a real, ongoing banking relationship.”

Following 20 years of steering Boppy’s record-breaking growth, Susan eventually sold her company in 2008 to the Artsana Group in Italy. “I was really proud that all the people I hired stayed with the company after it was purchased,” Susan remarked. The Boppy Company recently celebrated 25 years of success, and expanded its line of products to include skincare for moms. “At the time I left the Boppy Company,” Susan shared, “it had taken a $25,000 CEF loan, grown it to a company with $25 million in annual sales, and had generated at least that amount in various taxes paid over 20 years.  This is a critical way to look at investment in small companies which benefit their communities and the entire nation financially.”